When Aquaman first switched from biweekly to monthly, I was a bit concerned that the longer story arcs would start dragging and I might lose some interest. In reality, the opposite has happened and Aquaman has remained one of my most anticipated books each month. The finale of the six-issue story arc “Underworld” (which began nearly five months ago!) is here, and I’ve been absolutely enthralled with each issue.

The different subplots that have been explored over the last few issues start converging here as Aquaman officially allies himself with Atlantis’ resistance against Corum Rath. Mera was all set to return to Atlantis and find Arthur (or should I say Orin) but an unexpected malfunction in Garth’s magic have led her into the grips of one of Aquaman’s oldest foes. Now that a full resistance is gathered, Aquaman will have to choose if he wants to lead the attack on Corum Rath.

For a finale, this issue felt more like a set-up for the next story, but it still did a good job of tying up loose ends and giving the feeling that real progress has been made in this giant Aquaman story. It’s a lot of fun to see Aquaman be able to operate in the oceans simply as Aquaman and not “King Arthur”. Since the beginning of this series, Dan Abnett has put this character through so much, and we’ve been able to see how it’s changed Aquaman for better or for worse. As he’s been sort of wrestling with his place in Atlantis and the world at large, this issue shows exactly where he’s landed in his understanding of his role, and gives us a clear idea of what we can expect from Aquaman moving forward.

The art has been pitch perfect for this story since the book switched to monthly as well, and this issue is no exception. Stjepan Sejic brings a perfect balance between serious, darker scenes and more light hearted character interactions. I’ve really enjoyed how Dolphin has become more physically expressive since she can’t speak. The final splash page of the issue is so beautiful and is guaranteed to make any Aquaman fan shout for joy.

Dan Abnett and Stjepan Sejic have left their mark on Aquaman’s mythos in a big way. This finale cements the shaping and molding Aquaman has gone through since the beginning of Rebirth, and I’m more excited than ever to see where they’ll take this character next. 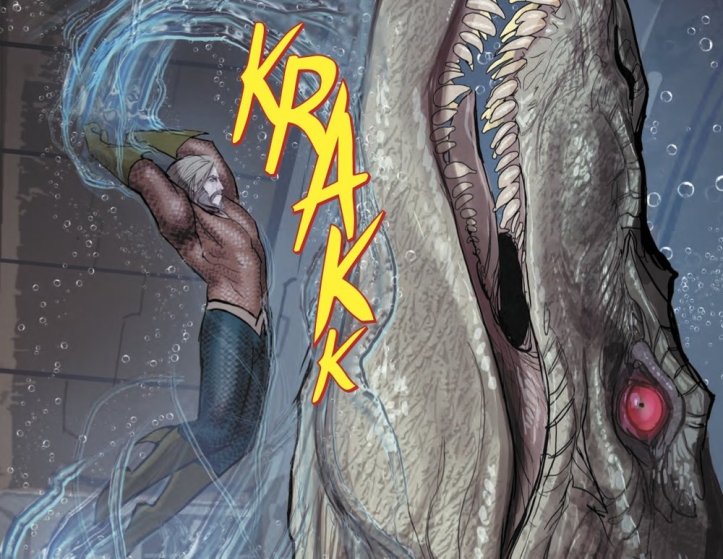