With Action Comics #990 we’re already four issues into “The Oz Effect”! This story feels like it’s progressing rather quickly, which is much better than it dragging on, and this issue is one of the better entries in this arc. Superman continues to try to mend the chaos that Jor-El has caused, mainly by attending to the civil war in Logamba. Meanwhile, Lois is looking for Jon, who is off with Jor-El, learning about his grandfather and his plan for the Kent family.

The characterization of Superman in this story arc is tricky, but is in great hands with Dan Jurgens. Jurgens has proved time and time again throughout his run on Action Comics that he understands this character, and even in extreme circumstances like those presented in “The Oz Effect”, Superman’s core characteristics remain intact. One small issue I’ve had in this story is that with the world experiencing so many catastrophes, it has been odd to see no mention of the rest of the Justice League. Thankfully, that’s addressed in this issue; and it’s addressed in a way that doesn’t detract from the main story at hand.

I also appreciate the direction Jurgens is taking Jon’s relationship with Jor-El. I was a bit worried at the end of the last issue that this would be a repeat of some plot points from the “Black Dawn” arc, but that doesn’t seem to be the case as Jon’s involvement with Jor-El becomes more about helping his parents than rebelling against them.

Viktor Bogdanovic continues to provide stellar art for this story. The consistency he keeps in the way each character is presented from page to page, and even issue to issue, is much appreciated and shows he’s truly a high caliber artist. Spencer’s color work compliments Bodganovic well in this issue, especially in the scenes showing Jor-El’s world, “Bliss”. There are a couple of panels that appear a bit more rushed than usual, such as the final splash page, but these minor flaws don’t detract from the story at hand, so they’re hardly worth mentioning. 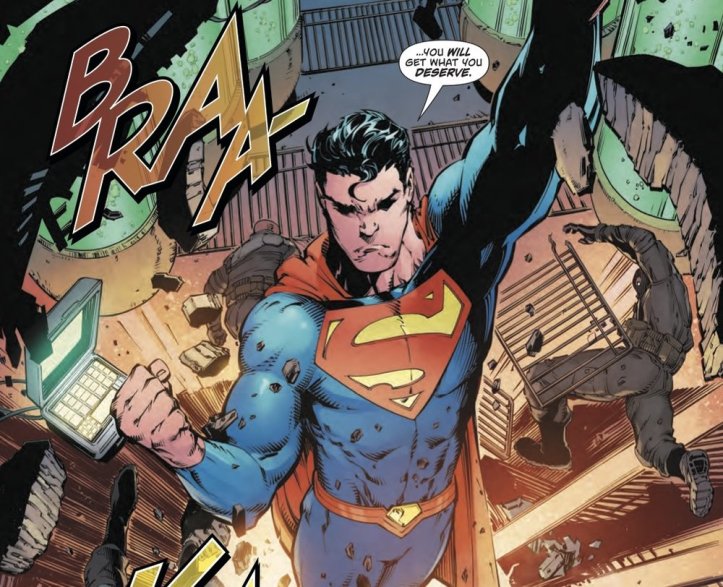