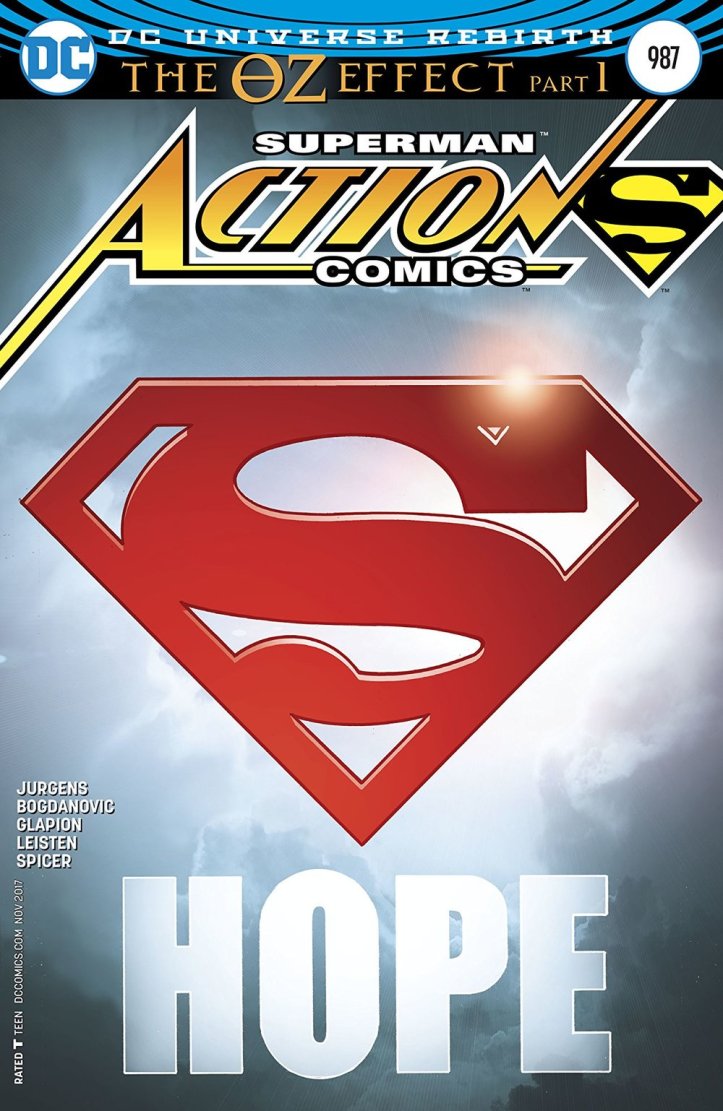 Since the beginning of Rebirth, there’s been so much mystery around the appearance of Mr. Oz. Action Comics #987 finally begins to shed light on this perplexing character, as it kicks off a new story arc, The Oz Effect. This story reveals Mr. Oz’s true identity, his true mission, and will eventually explain how he came to be in future issues.

For the first issue in this groundbreaking story, Mr. Oz sets his followers in different parts of the world to steer people and situations into catastrophe. His mission is not to force humans to do evil deeds, but rather influence them and give them the choice to make those deeds. Oz’s influencing leads to a civil war in a foreign country, prison riots, workplace shootings, a disastrous oil spill, and more.

With all of this worldwide violence and destruction, Superman tries his best to save as many people as he can, but his best might not be good enough this time around. As he begins to realize how out of hand these situations are, he’s finally confronted by Mr. Oz, who reveals his plan and his true identity.

This might be Jurgens’ best work on this series so far. The set-up at the beginning of the issue pays off brutally as the story progresses. Jurgens makes each situation feel hopeless, which is an uncommon element in a Superman book. Many stories have put Superman in difficult, impossible situations, but few have provoked the same raw emotion and frustration that’s accomplished here. As the world seems to crash down around Superman, the most crushing moment of all is in the revelation of Mr. Oz’s identity.

Viktor Bogdanovic provides art that is nearly pitch perfect to this story. Artwork that can truly capture emotion in a visual medium like this often communicates more effectively than the words on the page. But it’s the full artistic team that really makes this happen. Jonathan Glapion and Jay Leisten’s contributions on inks add the right depth from panel to panel, and Mike Spicer’s work with colors is what really drives the tone shifts. 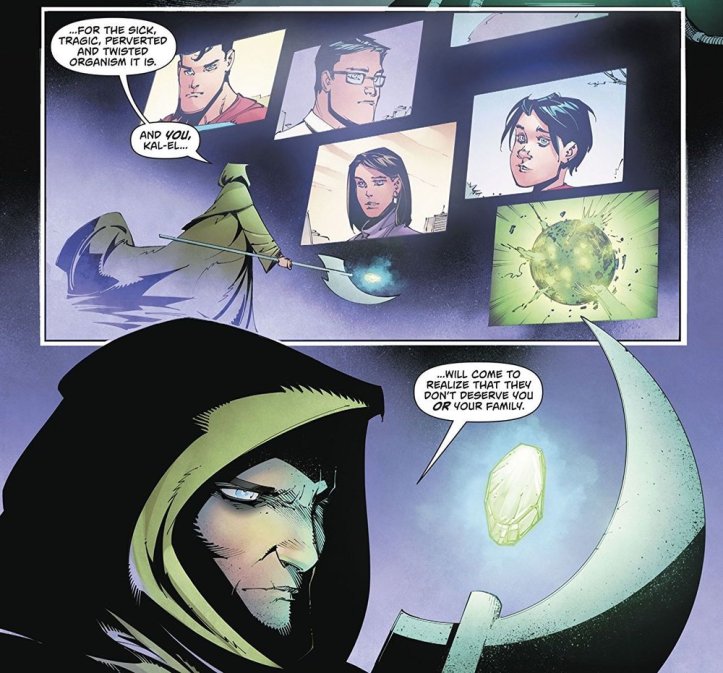