We last left our team of speedsters each in a few dilemmas. with The Flash and Green Lantern facing an army of Multiplex! While Iris and Wally get home to Reverse Flash relaxing on their couch. Let’s see what if our heroes make it out of this one! 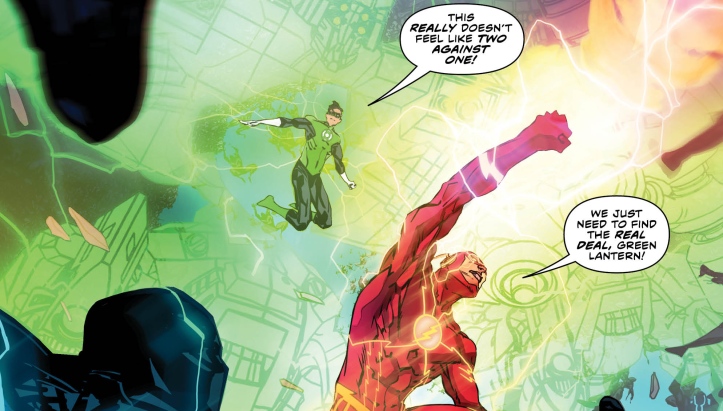 We start off this issue with a preview of Kid Flash and Reverse Flash in battle while Green Lantern and The Flash continue their battle with Multiplex. The Multiplex army attacks our heroes and the have run into an issue. Whenever they defeat one clone they multiply! This issue gives you a lot to think about. From the return of Reverse Flash to will Barry finally reveals himself to Iris. 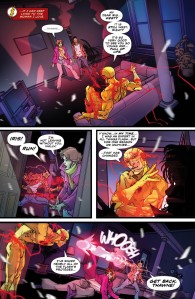 The cover art gives you great action scenes from both battles in this issue. We see Hal and Barry continuing their battle and Reverse Flash delivering a big blow to Kid Flash. This issue has a few great panels of artwork but most of the artwork I am not a huge fan of. I’m no artist but I know what I like and there just doesn’t seem to be enough detail where it needs to be. There are panels that have great potential but just not enough for me.

The story itself has potential but I can’t help feel like it’s too predictable. There were no huge surprises I couldn’t see coming. I’m just getting into this series and hopefully it picks up but on this issue, I just wasn’t the biggest fan overall. Hopefully, we see more surprises as Flash tries to save Iris from Reverse Flash in the future.