It looks like ‘Teen Titans: Judas Contract’ will be released a lot sooner than we originally thought! The latest DC Animated film will be released April 18th on DVD & Blu-ray, and April 4th on digital HD.

This will be the Teen Titans’ first full-length feature film. It was announced in July of last year that this film was finally entering production after a series of delays and rewrites tracing back all the way to 2007. Click here for more plot details.

We also got our first clip from the film earlier this month that teases some of Starfire’s origin story.

Synopsis: Led by Starfire, the Teen Titans – Beast Boy, Raven, Blue Beetle, Robin and the just-returned Nightwing – have built a cohesive team in their never-ending battle against evil but their newest teammate, the mysterious, and powerful, Terra, may be altering that dynamic. Meanwhile, an ancient evil – Brother Blood – has awakened, and familiar foe Deathstroke is lurking in the shadows, both waiting to pounce. Ultimately, the Teen Titans will need to battle their enemies and their own internal doubts to come together and overcome the malicious forces around them in this twisting tale of intrigue, adventure and deception. 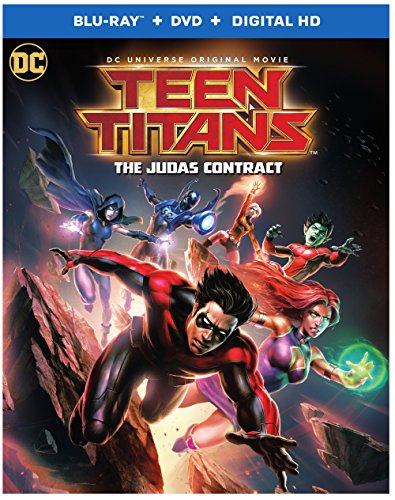