This is a book I have been waiting for since the Rebirth announcement. The pairing of Jon and Damian just seems like such a good idea, each boy being the exaggeration of their fathers. With Jon being the innocent, goody two shoes and Damian being the cynical, seasoned assassin. Two young boys who are wildly different in both their personalities and their childhood. Who wouldn’t want to read a team up based on these two!? Well welcome to Super Sons #1.
Last year we got a prologue of this story in Superman #10 and #11, showing us how Batman and Superman made these two work together. Tomasi wrote those issues as well, so it was a perfect lead into this comic, where he is writing as well. On art we have Jimenez and I couldn’t be happier, this art style perfectly matches the tone of the book throughout.

So this being the first arc into the comic there is some ground work laid out in a prologue before the issue starts. In what looks to be a possible villain of the Super Sons in the future, however it is hard to tell this early in. The rest of this issue focuses on Jon and Damian in a normal day and what that means for each of them, being wildly different for each.

Tomasi really nails the dynamic between these two characters, while making it fun and interesting. He shows the home life for both Damian and Jon, letting us see the contrast between the two. Where Jon is a boy who happens to have super powers, it almost feels that Damian is Robin who happens to be a boy. Yet the both have their strengths and weakness that seem to play off of each other, making this the perfect odd ball team.

Jimenez, Sanchez, and Leigh make this book visually stunning and very pleasing to the eye. The panels seem to flow with such ease while conveying the story in the right tone. While Sanchez’s use of color, specifically the contrast in dark moments, defines some nice moments in the book. Who could forget Jimenez’s pencil work feeling like a mix between cartoony and realistic in the most pleasing ways.

With this being the first issue in a new series, I can’t help but be excited for what this could be. If you haven’t picked it up, I suggest you do, while you’re at it get Superman #10 and #11 for the proper lead in to the comic. 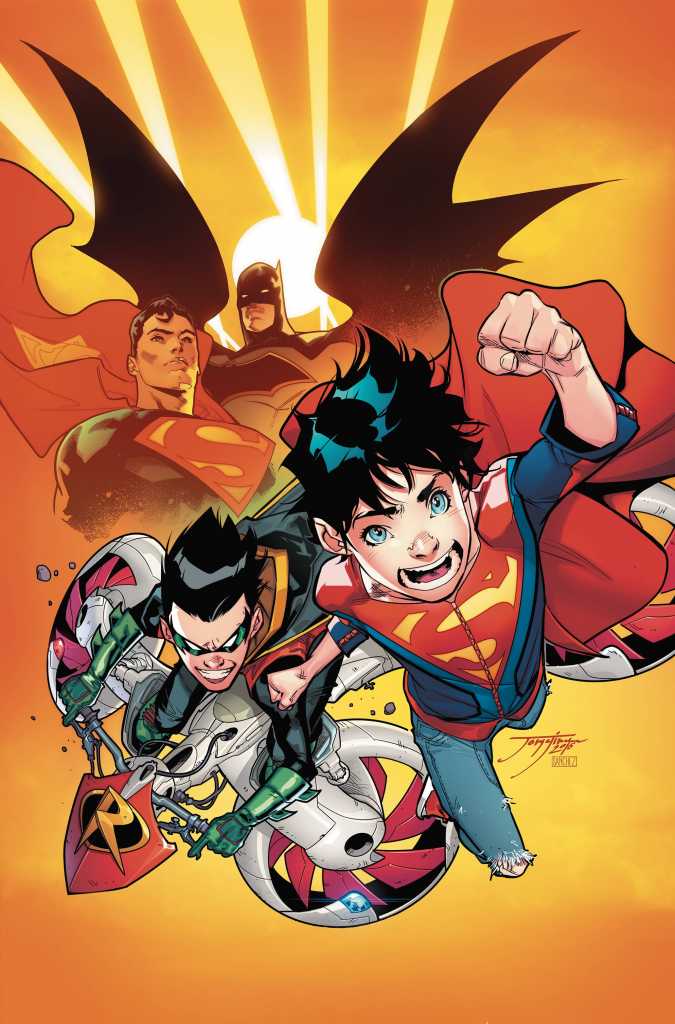