The Supermen of Today: Looking at the Strength of Both Portrayals.

The Season 2 Premiere of CW’s Supergirl introduced Teen Wolf star, Tyler Hoechlin, as one of DC’s most iconic heroes: Superman. When the first promotional images of this new, live-action, Superman were released, many fans were a bit skeptical of the casting choice in Hoechlin.  But when given the chance to prove himself, Hoechlin showed that he was ready to bring a fresh; yet familiar, take on the Man of Steel. In a very simple way, Hoechlin showed us what a bright, hopeful, and heroic Superman looks like.

Unfortunately, some have used this as an opportunity to further criticize the current “big screen” Superman, portrayed by Henry Cavill, for not consistently showing those same characteristics. This mentality of “which actor did it better” floods the live-action comic book fan base: and it’s toxic. It takes the focus off of the different perspectives each actor is trying to bring to the character, and it polarizes the fan base

to the point where everyone thinks they need to choose a side (ex: Team Hoechlin vs. Team Cavill / Team Bale vs. Team Affleck). Can’t we just be happy that there are so many different stories, from different perspectives, being told of these characters with such rich histories? Don’t get me wrong, criticism can be a good thing. These characters are so iconic and so deeply cherished by millions of people, it’s almost natural for us to be critical of the way they are being portrayed to the masses. But, I see A LOT of unfair (and often times misinformed) criticism in the media that just eggs people on to fight over who they think is better, and I see very little positive feedback that helps fans celebrate characters and actors.

So, instead of doing a “Why Tyler Hoechlin/Henry Cavill is Da Best Supes Evr” post, I think it’s important that we take a second to appreciate the strengths of both of these very talented Men of Steel. 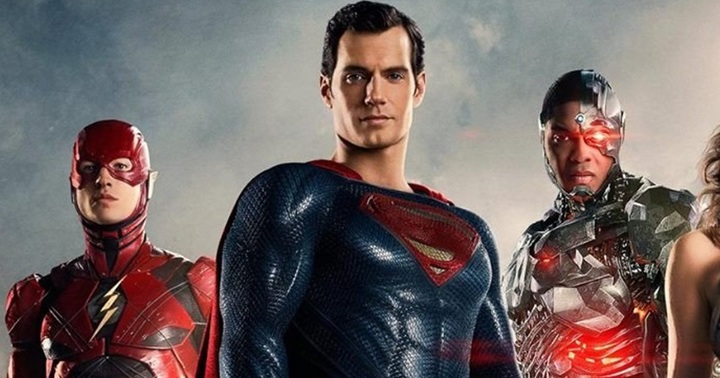 First of all, the dude looks awesome as Superman. Of all the great actors that have dawned the red cape, Henry Cavill stands out as the one who most closely resembles the comic book depictions. But beyond that, Henry Cavill brings a depth to the character of Clark Kent/Superman that hasn’t been seen in previous movies or TV shows. We’re used to seeing Superman as a more seasoned hero who understands his place as Earth’s guardian, and who is loved by pretty much everyone. But that’s not this Superman. Cavill’s Superman is a “rookie” hero who is working through what his role really should be, and who is either feared or misunderstood, but rarely admired.

Tyler Hoechlin’s Superman is very reminiscent of the joyful, optimistic hero that audiences saw in the late 70’s to early 90’s with Christopher Reeve’s Superman movies and Deane Caine’s Lois and Clark TV show. Hoechlin delivers all of the well-known and expected ideals of Superman while wearing a smile. Perhaps his greatest strength in the portrayal of this character lies in the Clark Kent persona.

In an interview with EW, Hoechlin had this to say about his version of the character:
“It’s pure fun and it’s Superman as I think he was intended to be, which is just an incredible symbol of hope to kids that they can do anything, and that they can be good people, and that good people can triumph over evil. That’s just, at the core of it, what it is. Clark is the side of that that is — you know, you don’t have to be dark and brooding, and always in this state of masculine toughness. You can still just be a sweet, gentle person and have that side of you that comes out when it’s needed and called upon.”

Tyler Hoechlin’s run on Supergirl ended yesterday after appearing on two episodes, but it’s fair to say that he’s given us a performance that we’ll be talking about for a while.

There is obviously a lot more to say about both Tyler Hoechlin’s and Henry Cavill’s performances as Superman. As I stated earlier, this is a beloved character that fans are very protective of, and any actor who decides to take on a role as the Man of Steel will be met with some intense reactions. But my hope is that once in a while we can all just take a step back and appreciate the stories and performances being given to us- because this age of superhero movies and TV shows won’t last forever.